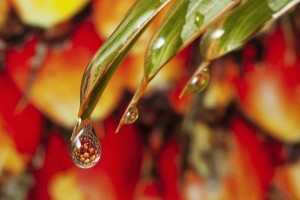 On Jan 21, 2016, the French Senate passed an amendment approving a massive and discriminatory new tax on palm oil, as part of the French Government’s Biodiversity Bill.

For many who have followed the palm oil debate in France, this is sadly familiar. The same Green Senators, using the same prejudiced criteria, had proposed the same palm oil tax in 2013, 2014 and 2015. It was defeated on every occasion.

So, why was the tax defeated then, but has now been passed? This is a critical question in order to understand the situation.

The primary reason that the tax was defeated previously was that it has no economic rationale at all. Palm oil is not under-taxed in France – such claims by isolated Green Senators are simply untrue.

Imposing only taxes on palm oil, and not on similar vegetable oils, would be unjust. Many French Parliamentarians and government leaders recognised this, and so voted against the tax each time.

The current Foreign Minister, Jean-Marc Ayrault, was even moved to give a speech in 2013 promising that France “would never impose discriminatory taxes on palm oil”.

So what has changed? Two primary factors.

First, the intervention of Environment Minister Segolene Royal. She had previously made negative comments about palm oil, for which she apologised. However, she has played a substantial role in allowing the new tax to pass.

She gave a ‘neutral’ recommendation to the Senate, substantially influencing the governing Socialist party. As a result, many Socialist Senators who in previous years had opposed the tax, now support it.

Second, the Senate this time proposed the tax as part of the Biodiversity Bill – a politically less significant piece of legislation. This allowed Minister Royal and the Green Senators to sneak through the palm oil tax, with less scrutiny or attention.

Previously, the tax had been proposed in the high-profile PLFFS Financing Bill, meaning that bogus arguments were exposed in public and so the vote would always go against the tax.

As a result, the damaging tax has now been passed, and awaits a vote in the National Assembly in March.

We know that the tax is economically unsound. It is also legally unsound. The tax would contravene both WTO trade rules, and the Internal Market laws of the European Union, because it is discriminatory (only applying to palm oil and not to competing products).

To make matters worse, the ‘justifications’ for the tax are scientifically unsound:

To recap, the palm oil tax is discriminatory, which breaks EU and WTO rules. The scientific rationale has been undermined by experts in every field; and the economic basis for the tax is fraudulent.

The decision now moves on to the National Assembly, and the French government will have a critical role to play.

Malaysia, and other palm oil producing countries, are historically good friends and trading partners with France. Indeed, Foreign Minister Ayrault has said as much – in the same speech in 2013 when he promised not to tax palm oil.

It should be the fervent hope of the one million Malaysians who depend on the palm oil sector – including 300,000 small farmers – that he can keep his promise, and that the Government will see sense and reject this tax.